When you go out riding, it might grow tiresome and become a habit to do the same old routes. The majority of the time it’s quicker, more convenient, and safer to do so because you’re familiar with the routes you’re riding on and your loved ones are aware of your whereabouts in the event of an emergency.

Cycling, however, is exciting since it allows you to explore new locations and keep your riding fresh. There is no greater way to get your adrenaline pumping than anticipating the arrival of a new climb.

But how do you go about discovering new riding routes? Let’s get started….

Using the wisdom of others is the best method to discover a new route. Almost every road, hill, and lane in the local area has been ridden by most cycling clubs, and there are club runs almost every weekend with groups that will explore new roads.

You’ll not only be riding on new routes, but you’ll also be in good hands if something goes wrong, and you’ll meet a bunch of like-minded individuals who can become friends, offer advice, and encourage you to become a better rider.

You can discover everything you want on the internet, even new routes. Riders may post their new routes on websites like Ride with GPS, which allow them to describe the route in detail, discuss their riding experiences, and invite others to ride it as well. Simply enter your location, browse the routes, and pick the best one for you. What makes this website/app even better is the ability to send the route to your device, such as a Garmin or Wahoo computer, which will provide you with navigation along the new route and prevent you from getting lost.

Another significant advantage of services like Ride with GPS is the ability to create your own own route. Start by going to their Route Planner and picking the roads and lanes you want to test out, whether it’s from your own house or a nearby landmark. The map will show you your mileage, elevation, and navigation once you’ve completed it.

Check out Ride with GPS

It may seem obvious, but instead of taking your usual path, why don’t you take a new side road? It’s likely that the path you’re on will have a number of side roads to investigate; all you have to do now is decide which one to go down!

The worst that can happen is you’ll have to turn back and ride your normal route again. Before you set off you could always research the route to take to make sure that you can do it. A great tool to do this is Google Street View – you can see exactly what the route is like and what you are going to be encountering. Before you do head out it is probably important to ensure you notify someone of your new route.

Strava’s power extends beyond being able to consolidate all of your stats in one place. It’s a fantastic tool for seeing what routes other local cyclists are doing in your region. It’s simple to check where your pals are riding or to look at leader boards in your neighbourhood to see how they got to and from that portion.

You don’t need to look into their ride in great detail but looking at certain roads, paths or trails will help you build an idea of where you can go on this new adventure. You can also check out what the elevation gain will be and how far the ride potentially is.

Taking part in a sportive is one of the simplest ways to discover new routes, whether close to home or further afield. Every year, hundreds of sporting events take place around the UK, making it simple to discover one in a location you’d want to visit.

You’ll be riding alongside hundreds to thousands of other enthusiastic cyclists on a pre-marked route, so you won’t have to memorise which turn to take next. Take on the sportive with friends and family, enjoy the magnificent new scenery, be pampered with food and drink at feed stops along the way, and even contribute to a charitable cause. Riding a sportive is a fantastic opportunity to discover new routes in far-flung locations. 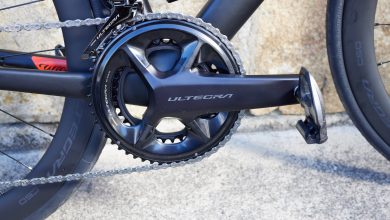 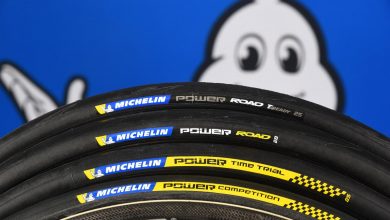 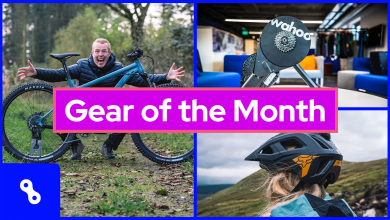 Our Gear of the Month November 2021 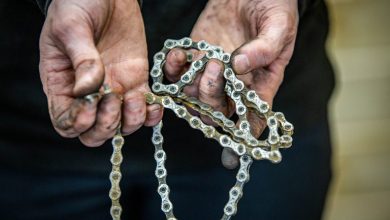