Since the start of the pandemic, the number of people who’ve started cycling has rocketed.

In response to this, Vodafone have used their technical knowhow to create the Vodafone Curve, a smart bike light and GPS tracker aimed primarily at commuters but will be useful for all types of rider who want an extra bit of peace of mind.

It’s worth noting at this stage that if someone is determined to steal your bike, they’re sadly going to. This device is for peace of mind and added security.

So what makes this such a smart little device?

Let’s start with the light! The Tracker’s battery life is up to 4.5 days on standby and the Light battery life is up to 7.5 hours in use – so plenty of time in between to charge. As well as this ultrabright LED rear light with three light modes and impressive side visibility it also reacts to how you’re riding – shining brighter if you brake suddenly to let other road users know you’re stopping.

Security Mode is a cool feature which I can see being useful if you leave your bike locked up while you’re at work or even jumping into a coffee shop on a club run. You remove the light from the unit and in doing so you arm the security mode. If your bike is then moved, the GPS tracker will sound its Siren and send a Movement alert to your phone.

The siren on this little thing is 107 db, so similar to most home alarms. You simply disarm it via the app.

The same GPS tracker that activates the siren also allows you to follow your bike in the app in Realtime if it gets into the wrong hands. It’s fitted to the seatpost using a special tool, so isn’t as easy to remove as most bike light attachments.

Unlike Bluetooth-only trackers with limited range, you can get alerts from far away thanks to the built-in Vodafone Smart SIM

One feature we hope you never need but will be useful if you do, the impact detection feature knows if you fall off your bike and if you don’t get back on it’ll send an alert to your chosen contact to let them know your location.

This isn’t all magic though, the Curve has an inbuilt Vodafone sim to make all this connectivity happen, and for that you do have to pay a monthly or annual subscription. Not a huge deal of cash, but worth noting at this point.

All in all this is a really clever little device that packs in lots of technology in a small package and helps to add extra security and peace of mind for both yourself and your loved ones. 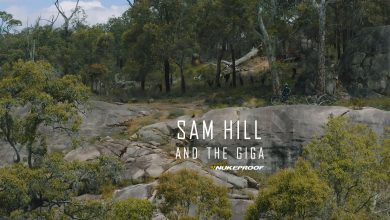 Sam Hill shreds his local trails on the Nukeproof Giga! 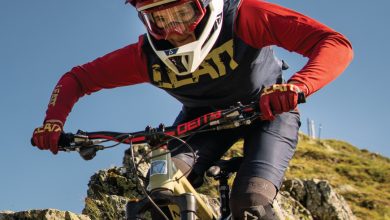 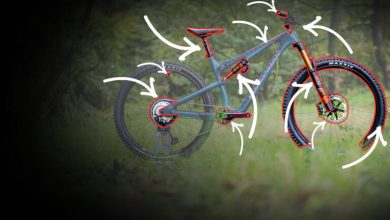 Is this MTB’s greatest innovation? 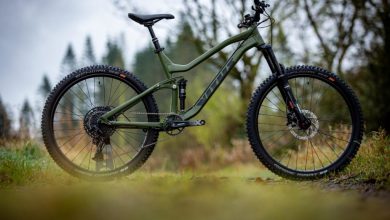