Team Chain Reaction took on the final round of the EWS-E this week at the famous Tweed Valley, Scotland. Sam Hill, Kelan Grant and Nigel Page all took on the brutal three loop, 14 stage, 57km course which was made even more difficult by the Scottish weather.

Sam fights back to an impressive 3rd place

Sam took part in his first EWS-E competition at Tweed Valley. Riding the new Nukeproof MegaWatt, Sam won seven out of 14 stages finishing an impressive third overall. Speaking with Sam after the event he said “I had no expectations going into the race”, which was described by the race organisers as one of the most challenging in EWS-E history.

Sam started off on the back foot after stage one, finishing 22nd on a difficult up-hill power stage. When asked about how the first power stage went, Sam told us “I was nervous going into that first stage, finding it hard to concentrate on what lines I should of been taking.”

“Plan was to go as far as I could and if I lost grip I would have walked to the next spot that was safe to get going again.”

After that difficult start Sam managed to regain back some of his lost time by winning stages 7,8 and 9 then going on to win the last four stages. Finishing 1min 11secs behind winner Nicolas Vouilloz in an impressive first EWS-E round from the legendary Australian.

“I definitely didn’t find it any easier,” said Sam when speaking about riding an E-bike. “The heavier bike with the more weight beats the upper body up more than your used too,” describing the difference of riding an e-bike at the season ending EWS-E as just as hard if not harder than riding his normal Nukeproof Mega.

“Having to only change the battery 2/3 times across the three loops allowed me to ride in the higher boost/trail setting… and as the day went on I felt more comfortable and learnt what the bike was about and capable of.”

Difficult day out for Nigel Page

Team Chain Reaction Manager Nigel Page had a tough day on the (up)hill, saying: “I’m really happy to get round without quitting.” Nigel finished 15th overall across the 14 stage race which involved a colossal 3450 meters of climbing and a brutal first power stage up the hollowed trails of Innerleithen.

“The weather wasn’t kind to us today. I was expecting a nice day out on the e-bikes. I’m glad I completed it as I thought I wasn’t going to, I had a bit of a crash this morning and hurt my leg.”

Nigel went on to praise his team after the race, “Big up to Kelan and Sam they did amazing….it was cool to ride round with the lads (which) was a brilliant day.”

Speaking about the new Nukeproof Megawatt, Nigel spoke of how e-bikes could be the next big thing, “I really think the future is going to be E-Bikes…I love riding the (Nukeproof) MegaWatt.” The Nukeproof Megawatt combines the geometry of the Nuekproof Mega frame with the power of electricity to create the ultimate enduro machine.

In the wet and windy conditions of Tweed Valley, Kelan managed an impressive sixth overall after suffering crashes and a snapped chain at the beginning of the day. Finishing strong after the poor start Kelan pulled out an impressive set of results in the final few stages finishing second on three stages and third on three stages whilst onboard the Nukeproof MegaWatt.

“I had a really good finish to the day, start of the day didn’t really go to plan, I had a snapped chain and a crash,” leaving Kelan in near enough last place after the first two stages however his determination and skills allowed him to crawl his way back up to sixth overall for the final round of the EWS-E 2021.

Speaking about the weather, Kelan seemed to enjoy the wetter conditions: “No I loved it… it made for a challenge and making the loops a lot lot harder but we are well used to it.”

A few words from Nigel Page

As always our Team Manager, Nigel Page, was on hand to give as a round-up of the final round of the EWS 2021:

What an end to the 2021 Enduro World Series in the Tweed Valley, Innerleithen, Scotland!

The weather was horrendous, it was wet and cold, the tracks were amazing but super muddy, it was savage on the riders and equipment but the atmosphere and the crowd made it absolutely amazing and the race of the year!

On Thursday myself, Sam Hill, Kelan Grant, and Ant Hale all did the E-EWS Ebike race. Which consisted of 3 huge loops where you needed to change your battery after each loop. In the rain, mud, and cold and It was super hard and challenging with 2 uphill power stages and 12 DH stages, it was a massive day out on the bikes.

It was really cool to be able to ride around all day with the team riders though and Sam and Kelan took to Ebike racing like a duck to water. After a slow start for Sam on the first stage (the first uphill power stage) where he lost a lot of time to the top riders, he came back to win 7 of the other 13 stages to claim 3rd place on his Nukeproof Megawatt. Well done Sam, it was great to see Sam back riding fast with a big smile on his face.

Kelan snapped a chain on stage 2 but managed to fix it and just make it to his start time for stage 3 (the transition times in the E-EWS are super tight) Kelan went on to get 2 x 2nd places a 3rd and 2 x 4th place finishes to come 6th overall. Great stuff Kelan!

Ant Hale had a big crash at the bottom of the final stage of loop 1, hurting his injured elbow, and sadly had to pull out of the rest of the race, he was gutted! It’s been a tough year for Ant.

I had a couple of crashes and went the wrong way on a track a couple of times getting confused with multiple taped tracks but managed to finish the race in 15th place and I was just stoked I was able to complete it. It was really hard going.

The icing on the cake was we ended up as the 2nd fastest team of the day!

The very next day was practice for the EWS race. It was too much for an exhausted Sam Hill and myself, Sam just practiced the first stage and went back to rest, I just did a couple of the stages and Kelan charged on to practice all but one stage – Animal!

Saturday was another wet and cold day but just one run on the Pro DH stage. Elliott was on a super-fast run but crashed in the wet, muddy field section at the end losing a ton of time but still placing 35th, Kelan was 22nd and Sam not knowing the track ended up 44th, still only 15 seconds back. I managed 5th place in the Masters 35+ category.

Sunday came a long way too quickly for the tired bodies but the weather was brighter, it was cold but not raining. The tracks were super muddy but running great, the atmosphere and crowd support were out of this world and by far the best we have had at an EWS race in years! Thanks, guys it was amazing to race with that much support.

Sam’s run of bad luck continued and he had a few big crashes and then injured his shoulder badly on the last stage of the race, not the season we are used to seeing from the 3 times EWS champion but it’s been a crazy 2 years and Sam will be back! He’s still the man….

Kelan and Elliott were in a neck and neck battle all day swapping amazing results, Kelan got a career-best stage result in 5th and a career-best EWS finish in 15th. Amazing result Kelan, you deserved that! Great job.

Elliott was absolutely flying on the stages but just had too many mistakes and little crashes but still managed a 4th place stage finish and 13th overall for the race. Another fantastic result and good enough to put Elliott in 15th overall in the World at the end of the Championship! Well done pal, you smashed it.

I ended up consistent all day but felt like I rode well to place 5th in every stage for 5th overall in the Masters 35+ category. I was pleased to be able to finish the Ebike race and the EWS Masters race, I definitely need a break.

Big congratulations to Jack Moir and Melanie Pugin who rode amazing all year to claim the 2021 Enduro World Series crowns!

So that’s a wrap for the 2021 Enduro World Series, it was big series and tough with all the travel rules and restrictions at the moment, but a great series, a huge well done, and thank you to everyone in the EWS team and all the race organisers. As I said the Tweed Valley finals were so good, what a place.

Thanks to my amazing team – Sam Hill, Elliott Heap, Kelan Grant, Jacy Shumilak, and Oli Greensmith and all our sponsors, especially Chain Reaction and Nukeproof bikes.

Have a great off-season and let’s get ready for 2022 cheers.

EWS-E returns next year with opening round at Tweed Valley. 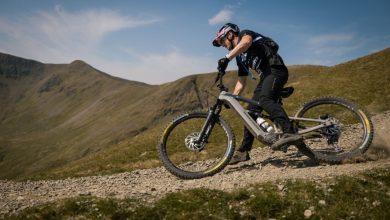 Things You Need To Know Before Getting An E-Bike 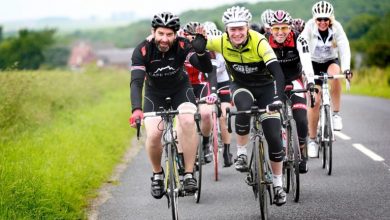 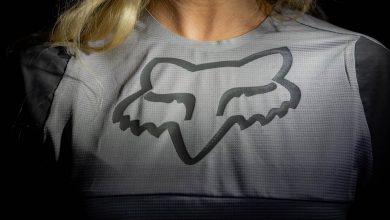 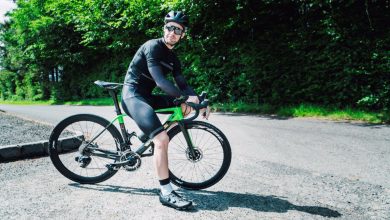