Team CRC raced at the seventh round of the Enduro World Series in Crans-Montana, Switzerland, over the weekend taking on a stunning selection of stages that incorporated everything from natural singletrack through to bike park trails.

As always, Team Manager Nigel Page was trackside to bring us this report:

Crans-Montana sits high in the main valley in the Valais region, and its south facing slopes offer up a stunning selection of trails that incorporate everything from natural singletrack through to bike park. Lift access means that riders are able to make the most of the area’s elevation – with trails taking in a huge 2330m of descent.

The venue is famed for its dry and warm climate, creating true hero dirt for racing.

The tracks for the race stages were really varied from flat-out bike bike trails with some big jumps and drops, to super tech wooded sections and DH race tracks together with some peddling sections thrown in the mix.

Sunday was going to be a big day with four stages – a monster first stage and some big transitions in the hot sunny weather.

The first stage of the day (which was stage 2 of the race) had a huge traverse section from the top lift meaning the riders had to dig deep on the pedals and carry maximum speed through the turns. Then into some steep tech woods with some big bike park jumps and drops, then back into steep tech woods and then some fast open sections with tricky corners that were taped in.

Then it was a big hike and pedal up to stage three which was a downhill track that was super-fast and rough especially on the enduro bikes.

Stage four was on another part of the valley and this was an amazing off-piste technical trail with different dirt – loose, steep, rocky and had a feel of the trails in Blackcomb in Whistler.

After that, it was a huge steep mountain road pedal back to the race village, onto the ski lift and right up to the top of the mountain again for the final stage which was a flat out high speed bike park track which lead the riders all the way down to then join onto the Pro stage again to the finish.

Elliott was flying again and was battling close to the top 10 all day and then unfortunately suffered a rear flat tyre in the steep shoot on the Pro stage section of the final stage. Elliott still managed to hang on to a top 20 overall finish in 18th place with 11th, 28th, 15th and 46th stage finishes.

Sam Hill finished 32nd for the day with 46th, 19th, 25th and 43rd on the stages and posed for many fan selfies throughout the week in Switzerland.

Kelan who was riding amazing in practice just couldn’t find the pace he was looking for finishing 82nd with three crashes on stage two – 46th, 48th and 64th to end up 55th overall.

Elliott and Sam both rode Nukeproof Mega 279 bikes and Kelan on his 290 Giga.

This week also saw the first E-EWS race being staged and it was great to go and watch the uphill power stage. Being a new sport it was interesting to see all the different e-bikes and how the race was. I did a lap in practice on the Nukeproof Megawatt and it was a huge lap out in the Swiss mountains.

Downhill legend Nicolas Vouilloz took the win with an amazing display of riding as ever.

Big thanks to Jacy and Oli for keeping the lads’ bikes rolling all week and to all the sponsors and organisers for a great event.

Now, we head off to Finale Ligure for the penultimate race of the year. 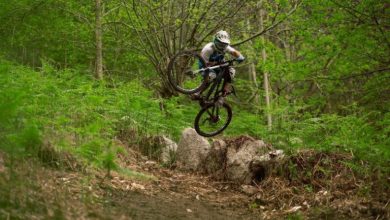 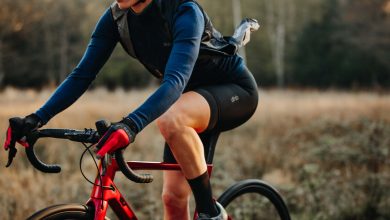 Is Cycling Bad For Your Knees? 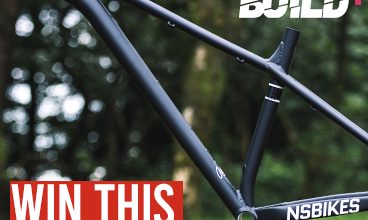 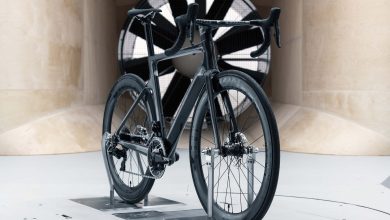