The penultimate round of the EWS championship in Northstar California saw one of the closest finishes in the competition’s history and agony for reining champ Sam Hill.
Just 0.8 seconds separated the Team Chain Reaction Cycles Mavic star from victory in the round, but the incredible result elevates Sam to second place in the Championship’s standings.

Against the odds, a third world title is now within touching distance as the team readies for the final round in Zermatt.
With Sam’s early season dogged by illness, few expected the former downhill star to have a serious shot at a championship podium finish.
But the incredible comeback in the season’s second half leaves just 60 points between him and current leader Nicolai Florian and a nail-eviscerating Alpine finale on 21 September.

It was also a great week for the team’s other riders. Elliott Heap managed his best elite EWS result finishing 16th overall, while Kelan Grant raced on through injury to 46th place.
Here is Chain Reaction Cycles Mavic Team manager Nigel Page with his report from the team camp.

Sam Hill narrowly missed out on an EWS win in North Star California by the closest margin in EWS history – 0.8 of a second – but closes in on the points lead for the overall World title.
Well, we didn’t quite know what to expect of the tracks and terrain in the ski resort of North Star, California. We had heard it was going to be dusty and rocky but definitely not to the extent that it was.
These were some of the most technical, scary, and hardest trails to ride we have ever come across at the EWS.

The last time the resort had rain was back in May and the tracks were super loose, blown-out, rocky DH trails.
The rock gardens were so gnarly there didn’t look to be a good line through most of them and the dust was so deep it was more like surfing on the bike than riding in a lot of the steep shoots.

There were six stages of the race, a mixture of DH tracks linked-up with some flat fire road sections and a few new trails linking with old ones. There were two stages on Saturday afternoon and four stages on Sunday.
As well as the hugely challenging stages, a big part of the race was the high altitude and super-hot weather. It was hard to get your breath after only a few seconds of hard effort on the pedals.

Kelan Grant raced even after a big crash and bad injury requiring 13 stitches in Whistler the week before but battled on and was rising super-fast in practice.
He had a great start to the race on the first two stages on Saturday but really struggled on Sunday with the heat and altitude really getting the better of him.

Kelan charged in as ever and still managed to finish 46th overall. Good effort buddy, you never give up even when having a tough day.

Elliott Heap was on fire in the challenging conditions, making the gnarly tracks looks easy and, coming off an amazing Crankworx Whistler event, he managed his best elite EWS result to manage a fantastic 16th place. Amazing ride Elliott, well done.
Sam Hill looked quietly confident in the difficult, dusty conditions, riding as smoothly and effortlessly as ever – easily the best rider out on the gnarly trails.

He dug deep and battled hard all weekend, staying in touch with the fastest times ever on the flatter power stages.
Sam had moved into the lead by Stage 4 and had a 0.1 second lead over Richie Rude heading into the final stage.
He made a couple of mistakes pushing hard and ended-up losing the race by 0.8 seconds overall after all six stages.
Sam was super disappointed as expected but moves up to second position in the overall rankings, closing the gap to only 60 points going into the final race of the championship in Zermatt next month.

Amazing riding Sam, we are all so proud of you and your amazing talents.
I gave the race a go in the Masters category but rode well within myself to avoid a crash or getting injured on the last weekend of a month-long trip.

I found the tracks really hard to remember and made some huge mistakes. I managed fifth place in the Masters category. I definitely didn’t push enough but had a great time racing the challenging tracks.
A big thanks to the whole team for the last three weeks. I believe each of you are the best and big thanks to Jacy for keeping all the bikes running so sweet.
It was nice to have Sam’s dad there to support his son and the team, and thanks to Debs for cooking a great pre-race meal.
Thanks to Todd and Keaton at SRAM for hosting us in their pits and Hervé at 100% for looking after us, as always.
We have a small break to get back home for a while – which everyone really needs – before heading to Zermatt in three weeks’ time where Sam Hill will be battling to try and win his third world title in a row. 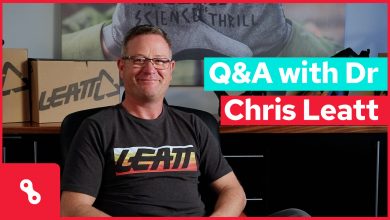 The Evolution of Protection with Dr Chris Leatt 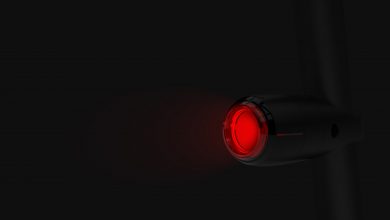 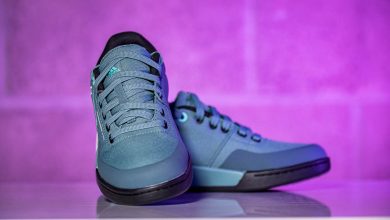 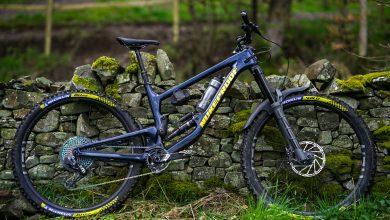