The Nukeproof Mega has evolved to become a force to be reckoned with; winning 4 Enduro World Series titles in 3 years the Mega has been through years of research and development to find the winning formula.

With the release of the Mega V4 in 2021, we thought we would look back through the years to see where it all began.

Nukeproof Mega – at a glance:

The very first edition of the Mega V1 launched in 2011 with ground-breaking features and concepts that are used as standard on today’s bikes. Originally designed for the Megavalanche, the geometry of the bike featured a steep seat angle with a slack head angle allowing for even distribution across the frame.

The full alloy, 26” wheels Mega V1 was originally designed as mini downhill with a bit of a do it all bike. The Mega V1 offered 150mm of rear travel with 160mm on the front as standard. The one in the picture below was used at the Megavalanche hence its 170mm travel the front fork.

Developed and launched in 2013 the V2 had some significant upgrades. The biggest was the change to 27.5” wheels which still to this day is seen as one of the most versatile wheel size options available.

Upgrades on the V2 continued with the introduction of the dropper seat post. Helping in opening a wider range of riding without having to manually move the seat post up and down when tackling trails.

A single-pivot bike with 160mm of travel on the front and rear shocks combined with a bigger cassette allowed the Mega V2 to become the ultimate enduro bike for its time.

No introduction is needed for the V3, the most successful Mega. Winning 3 Enduro World Series titles with Sam Hill from 2017-2019 with Elliot Heap also winning the Junior Classification in 2018 on the Mega V3.

Constructed with a carbon front triangle and an alloy rear triangle coupled with 165mm of rear travel and 170mm of front travel. Running a bigger 50 tooth cassette the Mega V3 was the most versatile in the range improving on the previous version to create an enduro beast.

A blast from the past?

Check out our review of the Nukeproof Mega from 2017, a real blast from the past! This was a bike that helped make enduro racing the spectacle we love today!

Described by BikeRadar in 2016, as a bike that is “Radically angled, super surefooted hardcore hellraising package that’s a simple shock tweak away from gravity supremacy”!

Becoming synonymous with racing, the 4th generation of the Mega has seen significant development to meet the demands of riders and customers.

The 2021 Mega V4 combines years of evolution to create the ultimate enduro bike. With the option of a Carbon or Alloy frame, the Mega V4 is available with either 27.5” or 29” wheels.

Both Alloy and Carbon frames feature a newly revised suspension layout with the introduction of Kinematics suspension; designed to be more subtle off the top and more progressive throughout. The Anti-squat is used to create an effective pedalling that can help get through all terrain. The 27.5” frame is 165mm of travel and the 29” offers 160mm, both offer 170mm suspension forks.

Last year we were lucky enough to check out the 2021 Nukeproof Mega that was ridden at the time by the likes of Sam Hill!

Is the Nukeproof Mega the best enduro bike available on the market today? Going from strength to strength – generation by generation it’s certainly a bike that gets rowdy on the trails.

Check out our range of Nukeproof bikes along with the full range of mountain bikes available on the Chain Reaction website.

Check out some of our other relevant articles! 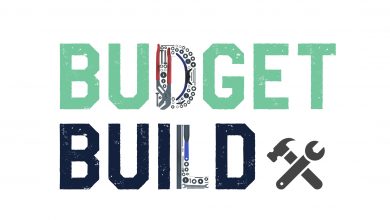 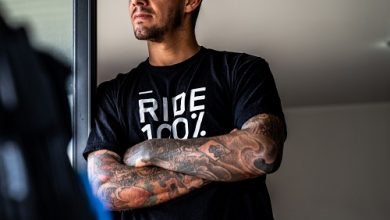 Video: Sam Hill – A Day in the Life 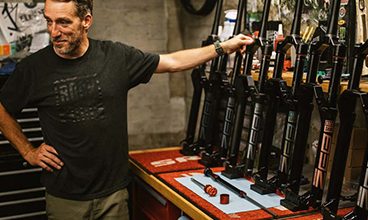