Are you a non-cyclist who can’t comprehend why your cycling buddy, buddies, or partner is utterly consumed by a life powered by pedals?

Maybe you’re a cyclist who can’t fathom the dismissive response you get when retelling colleagues or pals of a near miss or shiny new part.

There isn’t much of a secret really – the disconnect between those on two feet and those on two wheels exists because we often fail to appreciate what others don’t know.

So to illuminate the uninitiated and recalibrate too caught up in the life behind bars, here’s our guide to the eleven things non-cyclists don’t know about cycling.

1. The supportive nature of the cycling community

The wider cycling community is an incredibly supportive resource for those involved.

Extremely active in charities, supportive of conservation and mental health, cycling is recognised almost universally (save for a few dodgy drivers) as a social good, reducing pollution, increasing general public health, de-cluttering the roads, and generally being practised by all-round good eggs.

Races and events are almost universally fun and friendly. Within 10 minutes of taking part in a sportive, for example, you’ll feel fuzzier than an Afghan hound after six hours of vigorous balloon rubbing.

Cycling forums are quick to offer friendly advice and guidance to beginners while the vast majority of riders will stop at the roadside to assist those with a flat or mechanical breakdown on a point of principle.

2. That cleats are a thing

Cleats are a complete mystery to the common woman or man. Non-cyclists know nothing of their purpose nor that they even exist.

Most people, if they indeed ponder such things, assume pro-cyclists still use toe cages.

Best not to bring up the whole “pedals with clips are called clipless” thing at this point.

3. How expensive bikes and parts are

Your average Joe or Josephine truly has no idea of the wallet withering prices commanded by top-tier bikes and bike parts. £300 for those cogs at the back? £200 for shoes? You paid what for those wheels?

Of course, they also don’t appreciate the physics-busting engineering it takes to make something stronger yet lighter at the same time, all while reducing friction and improving performance.

The idea that many a cyclist considers it a matter of pride to ride a bike worth more than their car is completely alien to most.

4. Just how tough it can be

Cycling is tough and much harder than people think. Sending it down a mountain trail or descending a big gradient can be unbelievably scary and not a little dangerous.

Pushing through the wet and cold when your legs feel like jelly is a test of pure mental power few people experience. Top cyclists remain among the fittest people on the planet and have earned stratospheric levels of respect for fantastical feats of bravery and endurance.

If your friend is a dedicated cyclist, you should be impressed whether or not you think bib shorts look silly.

5. That road cycling style is a really big deal

Each sport has it’s idiosyncratic uniform and, let’s be realistic about this, the lycra-tight clothing of road cycling is no stranger than the shoulder-less vests of basketball, snooker’s tuxedo, the knee-high socks of soccer, or clown-sized shorts of pro-boxers, ducking and diving bare-chested in comedically swollen gloves.

This writer reserves the greatest respect for the pugilistic practitioners of the sweet science, but the get-up is ridiculous when you think about it.
Cycling wear just happens to be witnessed out of context more often – such as on a public road as you sit in traffic wearing jeans, listening to Zoe Ball live out a waking epistemological nightmare where literally everything is apparently “unbelievable”.

So, imagine meeting a boxer dressed in their bout-ready regalia down at the shop buying some milk – now that would be weird.

Despite the lack of an appreciative public, many road cyclists take their clothing very seriously, just as any other sporting enthusiast.

A world of rules, fads, fashions, and tips-of-the-hat to old masters dictate what is de rigueur this particular season, and it takes good taste and careful consideration to ‘co-ord’ the cycling outfits at which non-cyclists choose to scoff.

6. That wearing helmets is controversial

Make that very controversial. The outrage against someone not wearing a bike helmet is matched only by the intensity of belief among those who say riders should make their own choice.

The forum flame wars on the topic have overheated their fair share of motherboards, and cyclist or not, expose your opinion on the topic at your peril.

Like, data you wouldn’t believe. Data for days. Dissertations worth of data, capable of drowning the average person, forms a big part of daily life for the dedicated cyclist.

Some cyclists have so much data that they need special programmes to condense all the numbers into other special data displays designed only to make sense of it all. It. Is. Crazy.

Basically a turbo trainer is the cyclist’s equivalent of a hamster wheel. You stick your bike on spinning rod (or attach it to a flywheel) and pedal away with the aim of not going anywhere.

Well, to be honest it’s more like a treadmill – or having an exercise bike, come to think of it.

The turbo allows you to ride the bike you’re used to, however, simulating race-like conditions.

Increasingly, cyclists are hooking-up their turbo trainers to the internet, racing their buddies and/or strangers online – kinda’ like Fortnite but you get fitter the more you play – as opposed to the opposite.

10. Cycling and coffee is huge

Getting into cycling means getting into coffee in a big way. Why this is so, no one knows; but it’s a thing. And it’s not just drinking more coffee, it’s appreciating fine blends and accruing ever more sophisticated ways to prepare it.

If you don’t have an AeroPress, a chemex, a pour-over, a French Press, and a Mocha Pot, are you even a cyclist?

11. How rewarding cycling can be

One thing all cyclists can agree on is that they love it.

The exhilaration and feeling of flying as you speed down a descent; the challenge, grittiness, and adrenaline rush of burning through a trail; the earthing zen of tweaking, tuning, and upgrading your machine; the satisfaction of having a hobby that makes you look and feel better – there’s really nothing like it in the world. 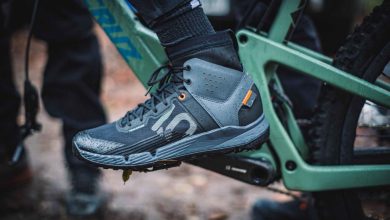 adidas Five Ten Trailcross shoes – how they were made, plus our first impressions 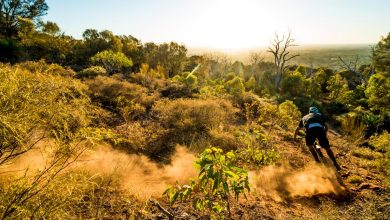 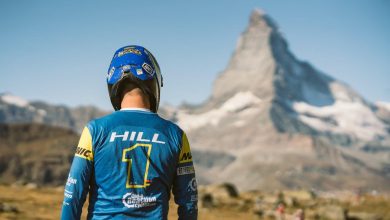 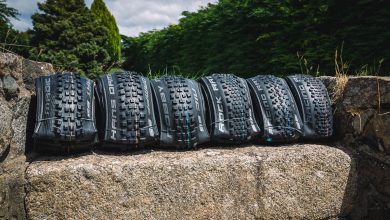