Campagnolo’s radical 12-speed Super Record road groupset stunned the cycling world when it was revealed earlier this year. Now the lauded Italian component maker has shifted into another gear revealing an electronic version of the groupset.

The company’s pioneering engineering team in Vicenza were behind road cycling’s first 8, 9, 10, 11, and 12-speed gear set-ups, establishing Campagnolo as the sport’s most innovative makers.

Its Movement 12 Super Record and Record mechanical transmissions raised the standards for mechanical shifting and superior gearing. Now the system serves as the foundation for a new EPS, electronic 12-speed shifting system, which Campagnolo say is the smoothest, most decisive, and precise shifting ever presented by the company.

Early versions of the system were spotted during field tests at the Tour Down Under in January and only now have the details been officially released.

Specially-designed algorithms ensure the usability of the highly praised mechanical 12-speed system carry over, with Campy’s Multi-Shift tech and the MyCampy app allowing customisation for each rider.

But months of research and planning have been poured into the system with Campy Tech Lab borrowing the company’s sponsored professional athletes to streamline the system, such as with finding a balance between operating force and tactile shift feedback.

A mode button behind the thumb shift levers provide an interface with the system, allowing you to check battery charge, make fine adjustments to the rear or front derailleur (even while pedalling) and perform a range of diagnostics.

One prolonged push allows for more in-depth interaction with the MyCampyTM app. Dual antennae internals boast both Bluetooth Low Energy and ANT+, and are capable of real-time communication with a wide array of external devices – from smart phones to head units and more.
Due attention has been paid to  ensure the components remain light and with an aerodynamic profile, with the battery thin enough for nearly all framesets and featuring industry-leading battery life.

As with the front derailleur, the rear derailleur also takes advantage of the developments made for its mechanical predecessor. The same trajectory angle of 45° matches a new shifting algorithm which electronically mimics the increased chain wrap specific to each sprocket.

Speaking about the launch of the groupset, Campagnolo said: “Made with the World Tour athlete in mind the newest groupset from Campagnolo is a pure thoroughbred drivetrain that feels most at home underneath athletes with numbers pinned on their jersey pockets. Accepting no compromises, this drivetrain seeks to offer the speed and control needed to make the technological difference needed to win at even the highest level.

“The Super Record EPS 12 speed transmission in its first outing, in the first race of the 2019 season gave an immediate feedback of its winning pedigree as at races end it crossed the finish line in first place. Campagnolo 12 speed has already shown its ability to win at the top.”

What do you think of Campy’s 12-speed electronic set-up? Let us know in the comments below. 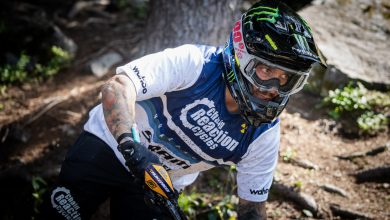 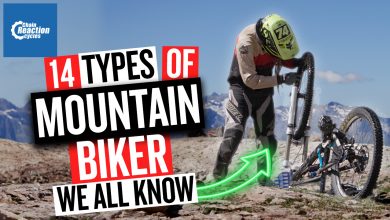 14 Types of MOUNTAIN BIKER We all Know 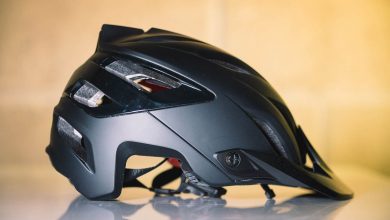