SRAM’s road groupsets range from the pro-level SRAM Red eTap AXS to the mechanical and reliable Apex and now introducing the XPLR groupset for all your gravel needs.

Between those two extremes, however, thrums a world of mechanical and electronic options, packed with ideas and choices. The US brand is still probably best known for its mountain bike machinery, in which it has led the development of many technologies – particularly 12-speed gearing.

But don’t underestimate SRAM’s role in road cycling, not only in terms of its growing dominance but the quiet revolution it is pushing on tarmac. If practicality typifies Shimano road groupsets while Campagnolo is famed for its class, then SRAM’s superpower is innovation with the brand’s latest toys a defiant continuation of this theme.

Having said that, all three brands can be argued to be just as practical, innovative, and classy as each other, but the above is the general narrative. Anyway, moving on…

Well, the big news is AXS. This electronic and, importantly, wireless groupset is a big deal because it reveals a lot about SRAM’s direction of travel – cross compatibility.

One of the biggest bugbears among cyclists is the lack of standardisation among cycling components. The relatively small number of big manufacturers and large number of small component machinists has resulted in little headway on establishing substantial cross-compatibility.

This means that, unless you’re a workshop whizz, you tend to make a choice and largely stick to one brand of components per bike.

But what SRAM are doing, firstly with Eagle and now with AXS, is introduce cross compatibility on a significant scale.

While still only compatible within their brand, the easier trading between hierarchy tiers and even MTB and Road components is making the industry think harder about sharing.

Having standardised systems like Eagle and AXS means it’s easier for third party makers to mass produce supporting components, which is moving everyone in the right direction.

Eagle X01 and XX1, along with SRAM Red eTap and Force eTap currently have access to the AXS platform, with interchangeable components. While no plans to add other hierarchies are yet known, we have a strong suspicion many more SRAM MTB gruppos will join the world of wireless shifting before long.

SRAM 1X on the Road

SRAM launched its bold road 1X system in 2015 into a world still getting used to 2X chainsets. Since then, their front-mech spurning system has become the brand’s defining advance.

But the tech had some convincing to do in its early days.

Cycling Weekly’s first impression of 1X simply dismissed it for serious road racing. In a section headed ‘Who won’t want 1X Road’ in their coverage of the launch, they wrote, “racers looking for super smooth ratios will still be better off with a standard 2×11 groupset, as will TT riders who tackle hillier courses”.

Things have, of course, changed quite dramatically since, with SRAM sporting a growing roster of racing talent using their single-ring set-up.The initial concern riders had over the missing front derailleur was that one chainring would cost gearing range compared to a 2X chainset.

However, a 1x drivetrain with a 10-42 cassette provides a 420% range, identical to a 52-36 combo paired with an 11-32 cassette, and wider than anything with a 53-39 combo. Since its launch, SRAM has worked hard in the woodshed to ensure its 1X gear ranges and shifting smoothness are at least comparable, if not outperform, 2X.

The SRAM road hierarchy is relatively simple compared to its expansive and confusingly labelled MTB echelons. There are just four main subdivisions: Apex is its entry-level system, followed by the mid-range Rival, and topped by the performance-level Force and pro-standard Red.

Within these subdivisions are a range of additional options, such as hydraulic disc brakes, 1X or 2X, and – for Red and Force only – electronic options AXS and eTap.

Even SRAM’s most budget friendly option provides some top-level tech and experiences, like 11-speed gearing, DoubleTap shifting, and options for drop or flat bar bikes. And it’s not just trickle-down tech, with components like the Apex shifter featuring the same internals as the Rival and Force groupsets.

SRAM have made much of the cross-compatibility wielded by its AXS system, but many consumables within the starter-tier groupsets share that ability too. This means you can upgrade in stages, moving up to many Rival and Force parts (some outliers – check before you buy) as you gain experience (or get a raise).

While available in 1X and 11-speed options, Apex is most commonly found as a 10-speed 2X system. Unusually, it’s also available in white.

Rival is known for its versatility, featuring on everything from TT racers to adventure bikes. Again, the variation of options available has given cyclists all the freedom they need to tailor the set-up for their riding style. With 1X11, 2X11, and 10-speed options, a choice between hydraulic disc brakes or rim stoppers, wide-ratio cassettes, DoubleTap shifters, and more, you’ll have no trouble getting the right set-up for you.

Many believe SRAM Force to be the optimum balance of performance versus cost available, offering low weight and pro-level shifting. Its 1X variation was revolutionary in cyclo-cross circles and it continues to be highly regarded among cyclists everywhere. Its inclusion into the exclusive AXS wireless shifting club was a shock to many, delivering ground-breaking tech to the masses.

Introduced in 2007, SRAM Red is an icon of modern road cycling. The pinnacle of SRAM innovation, weight-saving, and price, it can be found on the bikes of pro riders and competitive cyclists. One of the lightest gruppos available, it’s packed with SRAM’s customary novelties, such as a trim-free Yaw front derailleur (in the 2X set-up only, obviously), sweet ergonomics, and the first groupset to feature hydraulic brakes for drop bars.

While not the first to combine the electrical with the mechanical, SRAM is working hard to be the last word in power-assisted shifting. There are two main families of battery-powered groupsets in their arsenal, although the line is beginning to blur.

eTap was first introduced in 2015 to power SRAM Red. While not the first electronic shifting system, it was the first wireless set-up, and is famed for its easy installation. It also introduced mid-ride micro adjustment, an interchangeable battery system, and led to the launch of the popular WiFli rear derailleur, optimised for a wider gear range and faster shifts.

SRAM’s eTap Blip system was also a game-changer, allowing you to place shift actuating buttons anywhere on your handlebars or bike – perfect for TT aero bars and the like.

The eTap AXS system is currently available for SRAM Red and SRAM Force road groupsets. The wireless electronic system represents a step forward for the company’s battery-operated drivetrains, representing a vision of component integration and cross compatibility – including between road and MTB. Using an app to interface with the system, AXS can be modified, personalised, and used to gather ride data.

AXS also saw SRAM’s enter road’s 12-speed pantheon, whose only paid-up member so far has been Campagnolo. The additional cog is also expected to see SRAM add more professional riders to its growing roster during this year’s tours.

In recent years gravel riding has taken off, using mainly Road groupsets on gravel bikes brands like SRAM have tapped into the market to develop a gravel only groupset. Utilising the AXS system to provide a well suited range for the undulating terrain.

XPLR groupset is the first in the range of gravel components by SRAM. Using their renowned road range, the XPLR is available in three levels, Red, Force and Rival. Each groupset in the range features a single chainring (38-46T) and a 10-44T cassette (with a XDR cassette body). Using a dedicated XPLR AXS rear mech for a wireless shifting connection which will only work with the new XPLR 10-44T or 10-36T cassette.

Making sure you’re ready for the range of terrain you are likely to cover, the XPLR 10-44T cassette offers a 440% gear range meaning you’ll have no issues conquering that steep climb and taking on high speed descents.

SRAM is a big fan of technical jargon, so here’s a quick guide to some of the techie terms that pepper their groupset bumf: 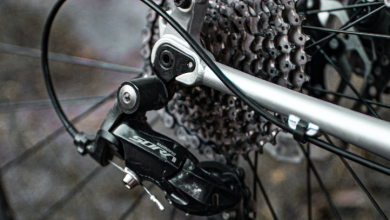 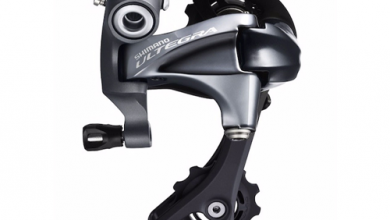 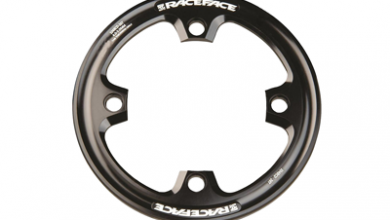