BMX stands for ‘Bicycle Motocross’, reflecting its origins as a pedal-powered offshoot of the motocross scene hugely popular in the United States in the 1970s. We’ve put together all the essential info you need in our BMX bikes buying guide, so read on for more.

Today BMX racing has come a long way from the back yards of the California kids that kicked it off, and top riders now take their place alongside the world’s best athletes in Olympic competition.

However the sport has also evolved beyond the racing scene, with the aerial acrobatics of Freestyle BMX and its various disciplines – street, park, dirt, vert and flatland – reaching a global audience through contests such as the X-Games, and inspiring a new generation of riders to emulate the superstars of the circuit.

If you don’t want to read our BMX bikes buying guide, you can go directly to the relevant product pages via the links below:

Read on to find out a little bit more about BMX bike basics and to help you choose which bike is right for you.

Which BMX is right for you?

As the sport of BMX has evolved, so too have the bikes. Broadly speaking there are three main BMX disciplines and so three categories of bikes: race, freestyle and street.

• Race bikes are made for Olympic-style track racing and are built lighter to improve speed. They are not suited to tricks or hard impacts on concrete.

• Freestyle bikes can turn their hand to a number of things, including skatepark riding, vert ramp riding and dirt jumping. These bikes usually have a gyro for barspins, pegs for riding rails, and brakes.

• Street bikes for flatland-style riding and urban tricks are similar to freestyle bikes but often run brakeless, and with four pegs.

While each BMX discipline can have its own demands in terms of bike design and specification, there is a lot of crossover. Most ‘all-rounder’ BMX bikes on the market are tough, agile machines designed to do a little bit of everything – from street tricks and skatepark sessions to long summer days on the dirt jump trails.

There are a few things to look out for when buying a BMX, but remember that these bikes are designed as the optimum tools to fit a specialized branch of the cycling world. If you are looking for a more all-round bike to serve as a means of transport to school or work or to improve fitness, a lighter bicycle with larger wheels should fit the bill better.

Sizing
Sizing is less of a consideration with BMX bikes as it is with other bikes. Most BMX bikes have 20” wheels as standard – sometimes smaller (16” or 18”) on bikes aimed at junior riders, while other ‘cruiser’ type BMX bikes are available with 24” wheels.

Because pedaling efficiency is not an issue, there can be something of a ‘one size fits all’ approach when it comes to frames, although different disciplines have different requirements.

For street, ramp and dirt jumping the most popular size of frame is a 21″ top tube, giving airborne riders room to swing the bike underneath them. Bikes designed for flatland BMX, where tricks and stunts are performed on a flat piece of ground with no obstacles or ramps, tend to have shorter frames (20” or less) for precision control and balance. Racing bikes meanwhile are available in a larger range of sizes to suit riders of different heights, reflecting the larger emphasis on pedaling in this arm of the sport.

BMX bikes at the upper end of the market are built with 4130 chromoly steel, or ‘cro-mo’, a chrome-molybdenum alloy that is light and strong, with a plush feel that experienced riders appreciate. More budget bikes usually feature frames and forks made from hi-tensile (‘hi-ten’) steel, which is strong enough to take the punishment of BMX riding but a little heavier than cro-mo with a harsher ride feel.

Strong, stiff and lightweight aluminium frames are used on bikes for BMX racing, where the emphasis is more on speed and less on ability to take abuse.

BMX Components
Cranks – Good-quality BMX bikes will feature two- or three-piece cranks – the arms on which the pedals are mounted – as standard. With three-piece cranks, each crank arm is separate to the axle (hence, three pieces) and is attached via a bolt at the base. Newer two-piece cranks have the axle integrated in to the base of one of the crank arms, while cheaper and heavier one-piece cranks feature a single piece of steel bent to form the axle and both crank arms.

Brakes – Stopping power at speed is not so much of an issue with BMX bikes. Most freestyle bikes feature front and rear u-brakes, with the front brake cable often being routed through a gyro at the head tube which allows the rider to spin the front bars through 360 degrees for tricks. Dirt jumping bikes will sometimes be rear-brake only, while bikes for BMX racing can feature more powerful linear-pull (‘v-brake’ style) brakes, again often on the rear wheel only.

Wheels and tyres – Freestyle BMX wheels are also built for strength, with double- or even triple-walled rims, chunky bolt-on axles (14mm is standard size on rear) and as many as 48 spokes in the case of street and flatland bikes. Wheels for racing bikes will be lighter and faster-rolling, with single-wall rims and 32 spokes.

Tyres for riding on concrete (flatland, street, park) will have a smooth tread pattern, while tyres for dirt work – jumping or racing – will often have a knobblier tread. Racing tyres are thinner (around 1.75”) for more speed, with jump and freestyle tyres from 2.0” to 2.2” in width, depending on rider preference.

Gearing – BMX bikes are all single-speed, but the gear ratio will vary depending on the riding discipline.

Street and flatland BMX bikes often have a low gear ratio of 25 teeth on the chainring and eight teeth on the rear sprocket (25/8). This gear ratio offers precise pedaling control around tight obstacles and while performing complex tricks, while the smaller chainring gives better clearance.

Dirt and racing bikes have larger chainrings (36-38 teeth) and sprockets (16-18 teeth) for better acceleration and maintenance of speed.

Rider protection
BMX bikes are built to take punishment – BMX riders are not. The demands of the sport mean that crashes and impacts, often on hard concrete in a park or street environment, are part and parcel of the learning curve.

Equip yourself for BMX riding with the proper safety equipment including a helmet, gloves and elbow and knee pads. The latter will not only cushion crash damage but will also protect shins from the cheese-grater effect of spiky platform pedals. Skate-style shoes with waffle soles are also advised for optimum pedal grip. 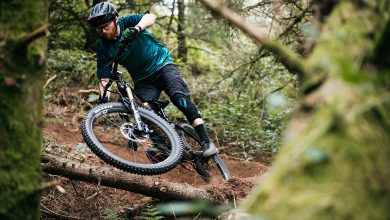 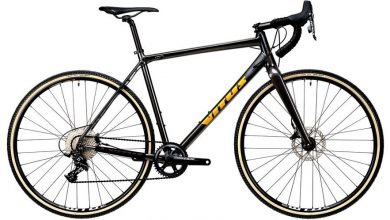 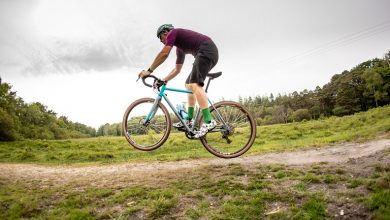 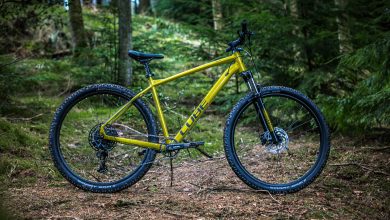