Bike computers are battery-powered electronic devices that attach to your road bike or mountain bike cockpit, displaying a range of information on your speed, distance, trip time, and more.

Why do I need a bike computer?

Bike computers at a glance:

Using small sensors attached to the wheels and forks (or chainstay and pedal crank in the case of cadence sensors) which record each wheel revolution. Bike computers range from relatively simple little gadgets offering a limited but useful range of information, to highly sophisticated devices invaluable as training tools for serious athletes.

Recent years have also seen an explosion in the popularity of GPS bike computers, such as those from Garmin, Polar, and Wahoo.

Which bike computer is right for me?

Even the most basic bike computers will be able to give you information on how fast you are going (speed), how far you have gone (distance) and how long you have been riding (trip time). Take a step up from the most basic on the market and you should have the option of a wireless unit, with no cumbersome cables between sensor and computer, which are a pain to install and which add to your bike’s flight deck clutter.

After this, it’s really up to you to decide what features you want and how much you are willing to spend. For leisure and sportive cyclists curious to know how many miles they have clocked up in a day, a simple computer may be fine, but if you have a dedicated training schedule a good computer (in most cases combined with a heart rate monitor) will help you stick to it.

The majority of bike computers use magnetic sensors to record and transmit data (apart from GPS-enabled devices which use satellite positioning).

Typically a small magnet is attached to a spoke on the front wheel, and a sensor to one of the fork legs. Riders are initially required to calibrate their computer with their specific wheel size (the instruction manual will give details on how to do this), so that each time the magnet passes the sensor the computer recognises the distance travelled by the wheel (according to its diameter) and can measure the speed according to the frequency of wheel rotation.

NOTE: The magnet must be positioned so it passes close to the sensor (typically less than 5mm) in order for it to be read. Your computer’s instruction manual will give details on setup.

The dividing line between budget and high-end computers was formerly firmly drawn according to how the computer unit connected to the sensor, with most cheaper computers using wires and more advanced models transmitting the information wirelessly – making installation simpler, the bike look less cluttered and allowing computers to be used with suspension forks.

However nowadays even wireless computers are available at lower price points, and for most riders are worth the extra investment.

“Bike computers differ chiefly in the level of functionality that they offer. Even the most budget computers will be able to give the rider information – via the bar- or stem-mounted computer screen – on time, current speed, distance travelled per ride and total distance covered (odometer).

More advanced models will also add data on average speed, maximum speed, lap times etc., while high-end computers also measure cadence, usually by means of a separate magnet-and-sensor set which attaches to the pedal crank and chainstay (to count the number of times the pedals are rotated).

Bike computers typically offer a smaller range of features and functionality than a dedicated GPS training aid, which may include features such as navigable maps and the ability to record, analyse and upload training and ride data to specific sites/apps or via social media. However for many riders the range of functions on offer – and the small, light and relatively inexpensive package in which the come – is more than enough.

Some fork and/or handlebar mounts will have a limited size range so for non-standard components (e.g. MTB forks with large-diameter lowers, aero road forks, aero road bars) check the dimensions before you buy.

NOTE: A computer with a cadence function is recommended for any cyclist keen on improving performance. The maintenance of a constant and comfortable cadence – using the bike’s gears to turn the pedals at a steady rate even when gradient changes – is regarded by most top cyclists and trainers as essential for achieving the most efficient pedalling technique. The ideal cadence will differ from rider to rider but leisure cyclists typically aim for a range of 60-80rpm, while competitive riders will be able to sustain a much higher cadence.

The cycle computer you choose will depend on your needs as well as your budget – there is little point investing in a host of features you are never likely to use, or indeed buying a computer that falls short in providing the data you need.

Whatever computer you opt for, look for:
• A mounting bracket that is simple,secure and enables the computer to be easily detached;
• A large and easy to read computer screen that is backlit for dull conditions;
• A clear and easy to follow instruction manual;
• A robust and weather-resistant housing that can cope with the elements;
• Large, easy to use buttons that can be operated with cold, wet, gloved hands.

Meanwhile if you are going to use a single computer on more than one bike make sure it will accommodate this – many higher-end models allow data for multiple bikes to be recorded and stored, but you may have to buy a separate set of mounting brackets and sensors.

Some small bike computer parts can be prone to damage or loss – spoke-mounted magnets, sensors and brackets, for example – while your computer’s battery will also need to be replaced when it runs out.

Check out our full range of bike computer spares to get your unit back working, or have a look at our ‘second bike’ mounting kits which have everything you need – sensors, magnets and mounting gear – to enable you easily switch one computer between two bikes. 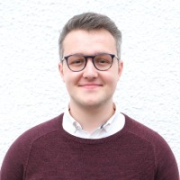