Grant wins battle of the Irish to claim national championship 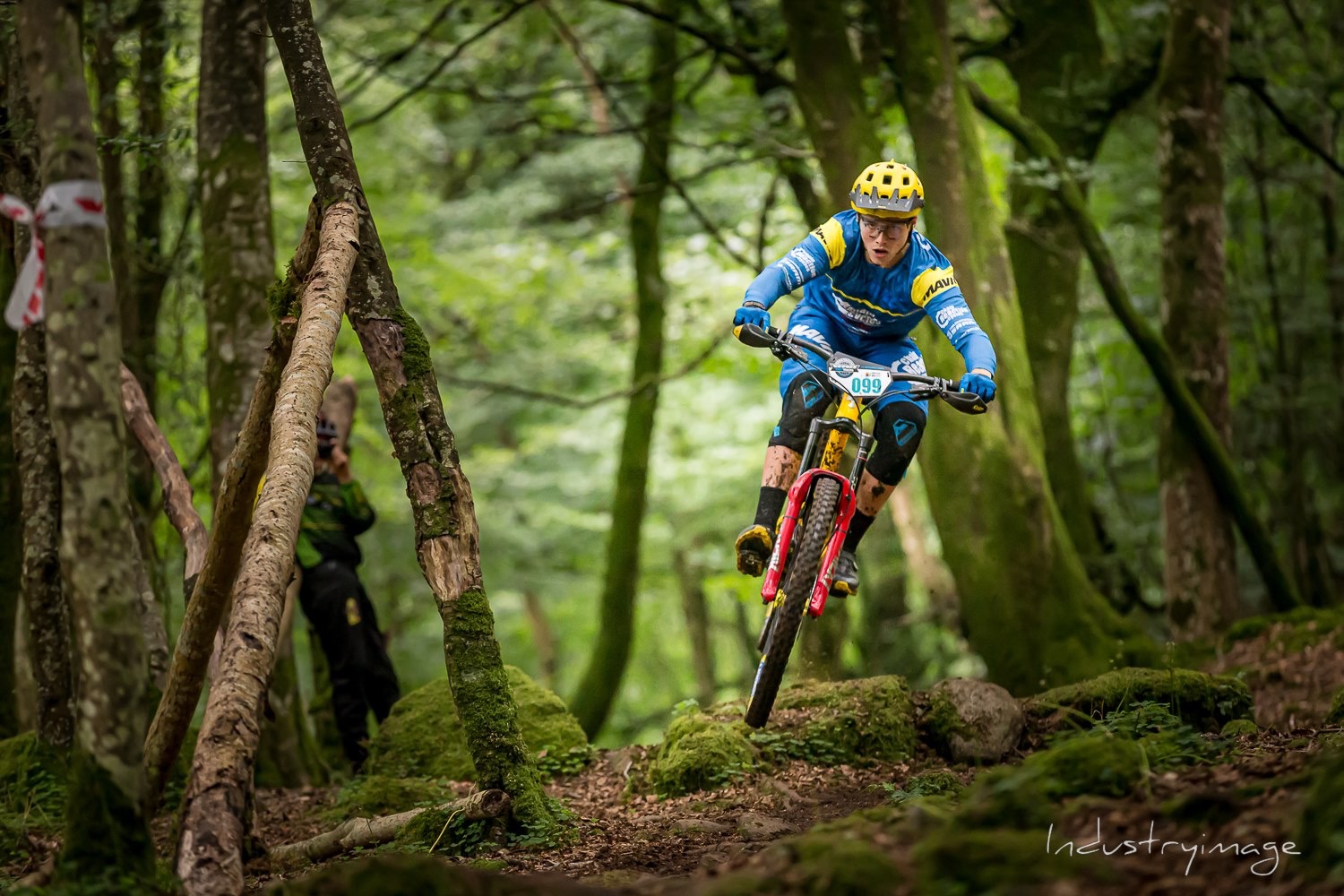 Kelan Grant has defeated his top-ranked fellow countryman at the Irish Enduro Championship at the weekend to collect a major national title.

The Irish rider fended off a talented field, including former Irish champion Greg Callaghan (pictured below left) to take the top spot in Ravensdale, County Louth on 22 June.

Held annually, the Irish National Enduro Championship is extremely competitive, being the third race of the 2019 Vitus First Track Enduro Cup, and a qualifier for 2020 EWS.

But it was the clash of the country’s two biggest exports to professional mountain biking that drew the big crowds to Co Down at the weekend.

Those looking for a demonstration of pro quality did not leave disappointed following a commanding performance by Grant who swept to victory, winning every stage during a tough day of racing.

And the win was even more sweet for the Team Chain Reaction Cycles Mavic rider, who had been looking forward to facing off against his rival, Callaghan, for some years.

“I haven’t had a battle with Greg Callaghan for the Irish Championships since 2016,” said Kelan, who is also currently racing in the international EWS with team members Elliott Heap and superstar racer Sam Hill.

“Greg and I have only raced against each other once before, because we’ve either been travelling around for the EWS or through injury.

“So it was great to have us both at the same venue, battling it out for the championship.”

During an unexpectedly clement day in Ravensdale, Kelan swept all stages with defending champ Greg Callaghan, riding for Cube Action Team, tight on his tyres throughout.

“Ravensdale was no joke,” Kelan said. “The stages were extremely tough, with a wide variety of terrain. I knew any lack of fitness or skill will show in the overall time, so it was a proper Irish Enduro race.”

He added: “For me this race means a lot. Carrying the Irish sleeve all year long is a privilege. I’ve worked very work hard for this event and winning it among such great competitors makes me proud to be Irish.”

“I was also really impressed with some of the young lads competing from all over the country, showing there’s a lot of up-and-coming talent. It’s great for the future of the sport.”

Kelan can take heart from his performance as Team Chain Reaction Cycles heads to round four of the EWS championship in Canazei, Italy later this week.

And expectations are high following the team’s positive performance in Madeira, Spain at the end of May.

“I’m hoping this form and momentum carries through, and we can have our best few rounds ahead of us,” he said.

Full results can be found here.