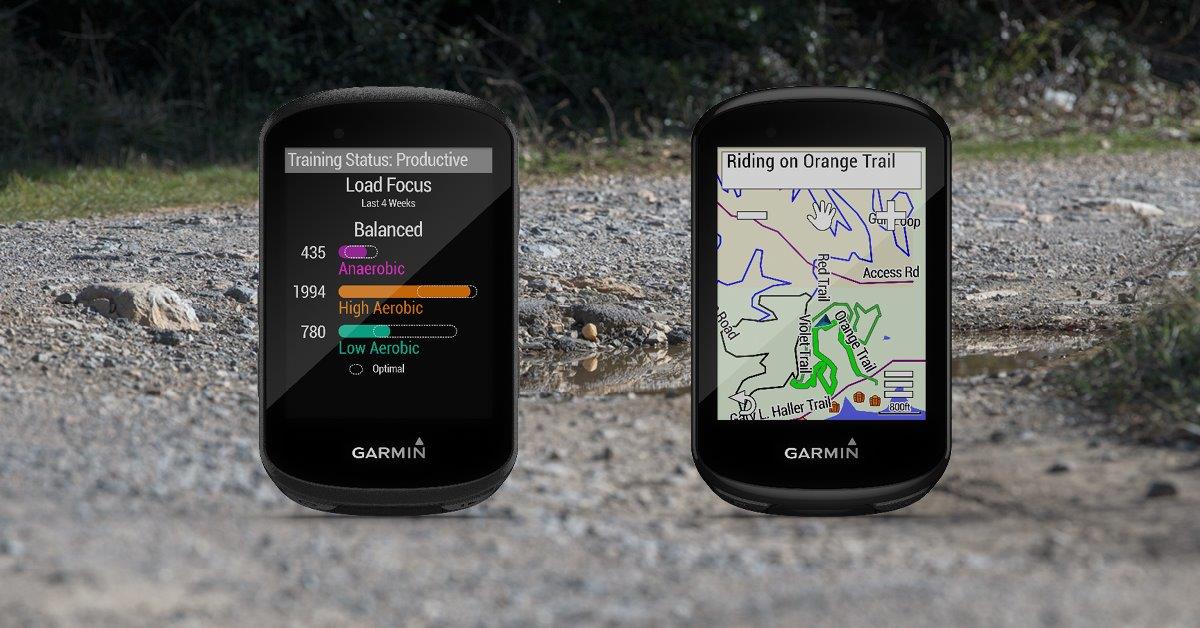 The Garmin Edge 530 and 830 are updates to two of the most popular pieces of cycling tech available.

Released back in 2015, the Garmin Edge 520 was a huge hit, adorning the bikes of riders of all persuasions; from roughneck downhillers to TT racers and commuters, its ease of operation and attractive price made it the every-man of bike computers.

The 820 came the following year, adding a few extra sparkles of tech such as a touchscreen and some advanced navigational features for an extra few quid.

Now updates to both units have been released simultaneously, giving riders everywhere at once a new toy and a serious dilemma.

The headline improvements for the 530 are the increased display size, an additional five hours of battery life, and a much faster processor.

Connectivity has also been bettered, with the 530 featuring WiFi for easier syncing and the addition of Bluetooth to enable pairing with your heart monitor, power meter, smartphone, or activity-tracking watch for example.

There are also a range of new measurements, such as heat acclimation which takes into account how heat or humidity affects your performance. Nutrition and hydration alerts will keep account of your calorie needs, while a Climbpro feature assesses how much elevation you’ve got ahead of you.

One of the big highlights, however, is the introduction of a swathe of mountain bike specific functionality. The added MTB dynamics track jump count, distance, and hang time while ‘Grit’ measurements rate the difficulty of a ride. A Flow data set, meanwhile, assesses how smoothly you descend a trail, giving you a score to beat.

Cycling safety features have also been added, including a new bike alarm, group tracking, incident detection, and compatibility with Varia™ rearview radar and lights so you can see and be seen.

Along with the advantages of touchscreen tech, the Garmin Edge 820’s upper-hand was its more advanced navigation functionality. The new 830, however, offers a little bit extra.

Alongside sharing the same additions enjoyed by the new 530, the 830 carries an on-device route planner, allowing you to dial in new routes on the fly. It also carries a Places of Interest search function, which can be used even in the wilds – a huge plus for the adventure rider.

Both the Garmin Edge 530 and 830 will be available on Chain Reaction Cycles in the coming weeks.