Just to be clear, brake levers are the small metal levers mounted on your handlebars that, when pulled, actuate the brakes (by means of either pulling a cable or compressing hydraulic fluid) to bring you to a halt.

Brake levers at a glance:

Because of their position on the handlebars brake levers can sometimes be prone to damage, especially during a crash, so if you need to replace one or both of them it is important to know what type to look for.

The type of brake lever you need will primarily depend on your bike type – BMX, MTB or road bike, followed by your brake type (cable-actuated rim brake or hydraulic disc brake) and finally other factors including handlebar diameter or groupset manufacturer.

With cable brakes, which we’ll be mostly discussing here, there are two main types of levers, based on the length of brake cable pulled for a given amount of lever movement. These are short pull (or ‘standard pull’) and long pull.

• Long pull: These work with direct-pull cantilever brakes such as the v-brakes found on many MTB bikes, as well as MTB cable disc brakes.

As with many BMX components, the choice of brake lever can be a very personal one for riders, with many opting to upgrade their stock levers to models with shorter blades for one-finger braking and a sleek cockpit look, or else to colour-coordinate their bike’s look.

However even if upgrading for style reasons only you will need to ensure that the brake lever you choose is compatible with your existing brake type. This will typically be one of three types of cable-actuated rim brakes – pulling on the brake lever pulls a cable which engages the brake mechanism, pushing the braking shoes onto the rim of the wheel. These three types are U-brakes, cantilever brakes and caliper brakes (see our buyers’ guide to brakes for a more in-depth explanation of the differences between the three types, and to determine which type you are running if you are not sure).

Each of these brake types will typically use a ‘standard pull’ brake lever so all you will need to do is choose your preferred colour and blade length. However one important factor to take into consideration is whether or not you are running a detangler (also known as a gyro) which enables you to turn the handlebars 360 degrees without the brake cable getting tangled up.

If you are using one of these you will need a special BMX brake lever called a dual pull lever, which is capable of pulling the two separate cables required in the detangler setup.

NOTE: A detangler is usually only used for the rear brake so you will need just one dual pull lever. The front brake cable can be routed through the stem and head tube via a hollow stem bolt to avoid the tangling problem.

Cyclo-X bikes traditionally use a type of rim brake known as centre-pull cantilevers.

These offer a combination of braking power, clearance (for mud and wider tyres) and compatibility with road levers that makes them a popular choice for CX racers (see our buyers’ guide to brakes for a more in-depth explanation of the characteristics of these brakes).

However Cyclo-X bikes will often also feature an additional set of small brake levers mounted on the handlebar tops. These bar-top levers are designed to work in-line with traditional drop bar levers to provide additional braking options when CX riders may spent more time with their hands on the bar tops.

Bar-top levers are typically available to fit different handlebar diameters including the most common 26mm and 31.8mm sizes.

The vast majority of MTBs and/or city bikes/hybrids that run rim brakes use a specific type of cantilever brake called v-brakes. These consist of individual brake arms mounted via two brake bosses, with each arm of the brake attached to a boss on each seatstay or fork leg.

With v-brakes (also called ‘direct-pull’ cantilever brakes as opposed to the ‘centre-pull’ cantilevers found on Cyclo-X bikes, see above) the cable is aligned to the side of one of the brake arms, rather than down the middle. When the cable is pulled, one arm is pushed inwards and the other pulled, bringing the brake pads into contact with the rim.

The most important thing to remember when choosing MTB v-brake levers is to ensure that they must be long pull – pulling twice as much cable and offering twice the mechanical advantage of standard pull brakes as used on caliper brakes. You may also see this referred to as ‘linear pull’ – yes, the multiple terms used are confusing.

The vast majority of road bikes –including road racing bikes, TT and tri bikes and tourers – use a type of rim brake called caliper brakes, which require a standard pull lever (as opposed to the long pull levers used on MTB v-brakes).

Road brake levers differ from MTB and BMX levers primarily in their positioning – they are mounted vertically on a curved section of drop handlebars, with a lever shape that matches the curve of the bar – as well as in the fact that the brake lever/gear shifting mechanism is on the majority of modern road bikes combined into one unit.

This means that in the event of damage you will need to replace the entire unit – see our buyers’ guide to road gear shifters for in-depth advice on how to choose integrated brake lever/shifters.

However there are some instances in which you may require a standalone brake lever, for example on older road bikes or flat-barred fitness models where the gear shifters are a separate unit, or with modern TT bikes where the brake levers are positioned at the end of aero bar extensions. 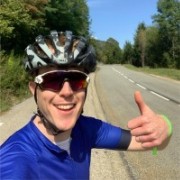 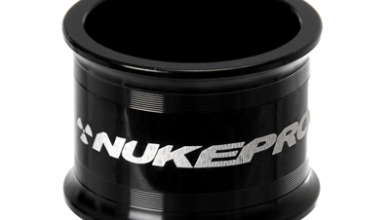 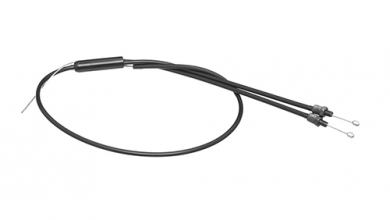 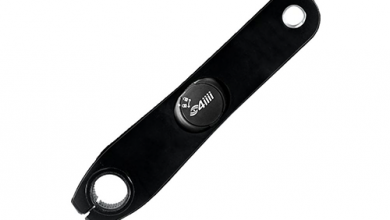 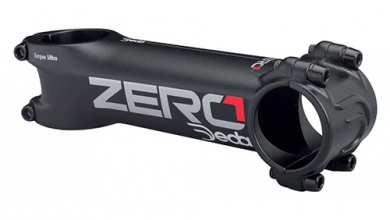